From Plenty of Plates

MEETING OVER A MEAL

That first night at Plenty of Plates, it was an Italian chicken cacciatore. There were lots of well-sliced mushrooms and it even had polenta in it. I remember telling the Chef compliments on a very nice meal. As I walked in, the host was standing to my right and my eyes were instantly drawn to the lovely brick on the right hand-side. I was really taken away by the images and the framed pictures that completely decorated this wall. The host introduced himself as Ash, and directed me to a volunteer who seated me at a table. I told the volunteer how grateful I was to be sitting down for a meal and not feeling terribly strange or out of place, because I usually do when I go somewhere for a meal. I was interested in the purpose of the event and their efforts.. The volunteer’s name was Kristine and she told me that Plenty of Plates is a program dedicated to providing a dignified, sit-down meal for people in the DTES. She was very passionately concerned for the people in this community and I was moved to tears just listening to her.

I was living through a humiliating and deeply anxiety-ridden time in my life. I felt absolutely inundated with this terrible fear about how to express myself because I had just recently taught myself how to speak again. After the stroke, learning to speak was easier than trying to communicate with a pen and paper.

I became a Chef almost 35 years ago, and although a big part of my life was in the culinary world, I was reluctant to discuss my professional cooking experience. I felt embarrassed about having these great abilities, yet had somehow found myself at this point which was particularly low. But, Kristine was kind and eager to learn more about me. It had been many many years since I’d cooked on a large scale in a professional kitchen. However,  in 2016 I discovered there were weekly markets on Carrall Street. It wasn’t about making money as much as it was about feeling useful, keeping busy, and doing something to help. These people desperately needed help. The market had space for me to set up a tent, so I worked day and night for 5 days in the tiny little kitchen of my government-assisted building making food to feed residents of Vancouver’s Downtown Eastside through the Carrall Street Market. I knew that they would have trouble chewing so I came up with special menus. Rice pilaf, soft chicken chunks, melt-in-your-mouth ribs… foods full of nutrients, protein, and dairy that were easily digestible.

Kristine was delighted to hear this and to my surprise, things moved quickly from there.

Joining ABLF helped me in many ways. Now my mind isn’t stuck and I show up to work with all kinds of ideas. Cooking is such a natural extension of me, so this job isn’t a job per se, it’s a joy!

POSITIVE CHANGE THROUGH THE POWER OF FOOD

Showing up to my shifts with A Better Life Foundation and being around this amazing little group has made me more comfortable as a human being. When I had the stroke, I didn’t know what was going to happen. I had no idea whether I could get up from one day to the next. I couldn’t dress myself without pain or in a reasonable amount of time, and I immediately had to deal with the inability to communicate. The trauma of domestic violence was plaguing me through all of this and I felt paralyzed. Now that I’m back in the kitchen with ABLF, I have less frequent dips into the abyss – what I refer to the abyss – which is my own involuntary moments where I slip into that dark, deep and endless black hole of the psyche where it’s easy to feel as if today should be the end.

On a very personal level,  food security was never an issue for me, although I  went many days without food. PTSD and depression had caused the loss of  my appetite to the point where I became accustomed to not eating at all.  The first shelter I went to was in the middle of Hastings Street. There,  I was surrounded by shelter residents who were constantly looking for food. Waiting for leftovers, looking for another pair of socks, hoping for a blanket. I witnessed first-hand an enduring lineup always formed in the hopes that a van would show up with more sandwiches. It’s an indelible image of this area that became my own neighbourhood. As soon as food arrives, spirits are instantly lifted.

The importance of being able to contribute to lessening hunger and overall food insecurity is always on my mind. I think about it as I walk to and from work with ABLF. Over the past 2 years with this team, I have grown more accepting of the fact that I am a person with disabilities. I am contrary to what other employers have made me feel; I am not a useless being

I am deeply grateful from the depths of my soul because the team at A Better Life Foundation has given me a second chance in this life. 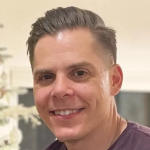 More By This Author

People make a place. Enjoy stories from A Better Life Foundation that feature the diverse, passionate and dedicated humans who show up to make a difference every day

WE ALL KNOW HOW MUCH BEING HUNGRY SUCKS! When we’re hungry, it’s hard to focus on anything else. When we’re hungry, it’s hard to function day-to-day. Our neighbours throughout Vancouver’s Downtown Eastside with little or no access to food and resources, are often left to find themselves back from extreme circumstances, hungry. “Being Hungry Sucks” is […] THE WORK Chef Martin is A Better Life Foundation’s Food Recovery Coordinator. Each day, his job is as creative as it is impactful. Heading the Waste Not Want Not program, he maximizes the use of unsellable, yet perfectly edible food items recovered from a roster of local grocery stores. He works to weigh, catalog, strategize, […]